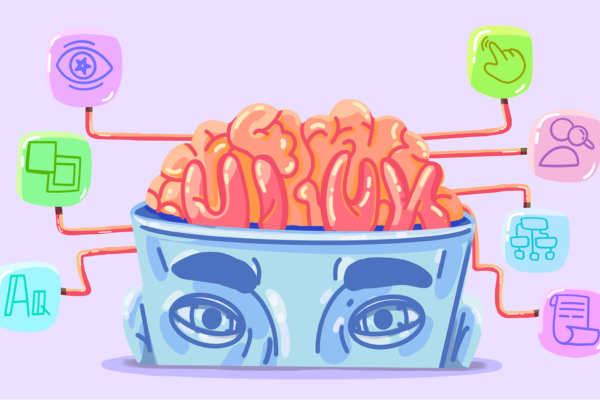 Under The Influence: Psychology in UI/UX Design [UPDATED]

They are united in one common feature – success of design depends on the user. After all, design is all about user perception and ease of interaction. Whether it’s a face of a building or interface of an app the main purpose of design is to appeal to a target audience.

That is why it is reasonable to rely on psychology for better understanding of User Experience, involvement boost and improvement of the overall design perception.

As we strive to create a human-centered design, it’s essential to develop a system of principles and psychological approaches that would increase the efficiency of apps and websites, helping users to reach their goals quickly and effectively.

To get a deep understanding of the user perception mechanism, we have to define psychological phenomena behind the user / interface communication. It is well-known that user’s cognition and perception abide a particular set of ground rules, which have been described by psychologists from all over the world.

For instance, some of them are covered by Gestalt theory researched in the 1920s by a group of German psychologists. It specifies 6 basic principles of perception that also can be applied to UI.

Basic principles of perception according to Gestalt theory:

Unfortunately, human’s perception is not perfect. It is determined by a person’s experience, goals, and context – people usually see what they expect to see. Also, perception may be restricted by medical conditions. There are some of the most typical perception restrictions:

Users find it difficult to differentiate pale colors, small color patches and separate patches in design. Around 8% of male and 0,5% of female users of Northern European ancestry have color-blindness. No interface can rely solely on color.

Strict and precise allocation of elements within the interface is required. The main actions and most important features are implemented into the design in the serial position – it is called Serial Position effect and we will also examine it in this article.

Users focus on achieving the goal, that is why they prefer familiar paths to exploration of new design to save time. Humans evolved to recognize things quickly, but not to recall arbitrary (random) facts – instructions should be visible or easily retrievable whenever they are needed.

Attention is limited and memory is imperfect.

User can simultaneously focus on 3-7 unrelated items: goals, numbers, images, etc. Moreover, old behavioral patterns are sometimes forgotten and hard to recall. Eventually, it is one of the main metrics in UI/UX design. It explains why it is so important to keep the user involved.

First, let us understand what exactly is user’s attention we seek so desperately. Attention is the ability of our mind to selectively concentrate on some aspect of information while ignoring other information flows.

When we regard the user’s attention in terms of UI, we mainly concentrate on visual information. There are two basic types of attention to visual data:

Having determined the two main principles of user’s attention, let’s give a more precise scope for UX designer to focus on while projecting any interface – there are four general types of attention to affect user’s interaction with the interface and thus the process of interface design.

In games, for example, a user has to take control over multiple not necessarily closely connected elements or in interfaces that are somehow split into separate regions.

Alternating attention is the ability to switch your focus between tasks that have different cognitive demands, like when you check your route via Google Maps app and make changes to your driving direction.

Sustained attention is the most important type of attention UX designer should focus on when creating an interface in dynamics and building the flow. It allows the user to focus on the particular element or action for an extended period of time.

Basically, this type of attention is the key to understanding the bounce-rate of any interface. Addressing the sustained attention keeps the user involved within the interface as long as possible.

Except for principles, covered by Gestalt theory, there is also a range of effects described by scientists during the 20th century and in latest studies.

One of the most common and basic practices of grabbing user’s attention from the first interaction with an interface is based on the works of German psychiatrist Hedwig von Restorff (1906-1962).

His 1933 study revealed – from a certain number of displayed elements a person will most likely remember the ones different from the rest.

It is the first and the foremost psychology principle we can operate with when creating an interface grabbing users’ attention.

Fonts, buttons, or pictures – anything we can highlight, emphasize or make look different from everything else can become an eye-catcher. Something the user gets hooked upon and remembers.

It becomes the first step towards grabbing the user’s attention, whether we speak of an app or a website. Isolation effect also serves to guide the user through the interface.

Look at the following example – this particular interface uses Von Restorff effect drawing the user’s attention to the illustration below. Von Restorff Effect is the reason why call-to-action buttons are different from the rest of the interface elements.

Means of grabbing the user’s attention with fonts, colors, and elements are covered by psychologist Susan Weinscheck in her book “Deep Insights into Human Behavior”.

The serial position effect was studied by German psychologist Herman Ebbinghaus – it is the tendency to remember the first and last items in a list better than those in the middle. This effect is a form of cognitive bias based upon two other effects – primacy and recency effects.

The primacy effect determines our brain’s inclination to remember information perceived at the beginning of any interaction much better than anything that follows it.

This effect can be reduced when the amount of information is increased or presented quickly.

The opposite one is the recency effect. It is believed to be caused by more recent information blocks to be stored in short-term memory, which generally lasts for 30 seconds. It can be reduced with the other distractive task.

To influence buyers’ decision, e-commerce websites position the most important items in the beginning and the end of the pages, manipulating buyer’s attention. This effect is the key to SEO for obvious reasons.

Most of the apps favor bottom or top bar navigation instead of the hamburger menu. Following a simple rule of serial position effect, designers put the most important user actions in the navigation bars to the right or left side.

The logical flow of the user’s attention from the left side to the right side determines which buttons or features should be placed first and last to manipulate the user and provide the most effective UX design.

The other issue to be considered while working on interface design is cognitive load – it is the total amount of mental effort required from a user to complete a particular task or set of tasks.

Hick’s Law is named after a British-American psychologist team of William Edmund Hick and Ray Hyman. This law implies that the time needed to make a decision depends on the available choices.

The more choices the user faces within the interface, the longer it will take to reach a decision. This obvious conclusion is very often neglected while focusing on the functionality of the app or website.

Yet Hick’s Law allows designers to analyze the number of features they can implement without overloading the user. It also allows to control the user involvement by increasing or decreasing the number of decisions the user can make within the app’s flow.

Grabbing user’s attention may appear to be the foremost mission of any app, but keeping it and manipulating the decisions – that’s why it is important to take into account the principles described earlier.

That’s why it’s important for UI/UX designers to learn the psychological basis to understand users: how they perceive objects and how they interact with the environment of the software.

This is the only way to create a coherent and successful design for the audience.

How to Measure UX Efficiency: Tools To Use and Metrics to Track

How to Estimate Design & Development Hours for Your Project