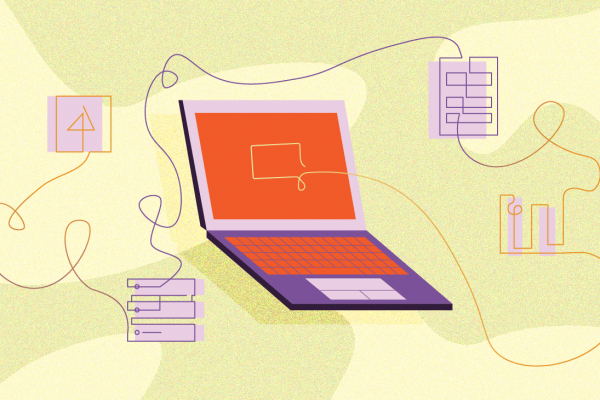 Before you decide what type of software you need, you may go through a wide range of different tools for software creation. And serverless software development is the architecture you should pay attention to. Then, skilled professionals will integrate it for you.

But what does serverless mean? Are there no servers? Actually, not. What serverless programming is, its advantages and drawbacks, when it should be used, and other information you will find in this article. Hurry up to learn more!

What Is Serverless Development?

Serverless architecture, aka FaaS (function-as-a-service), helps customers create and launch apps and don’t think about server management, operating system maintenance and setup. Serverless computing can be used both for mobile and web app applications, so there is no difference in what you need — serverless web development or mobile app creation.

Does your business need a mobile app or a website? Cadabra Studio assists in software development — contact us!

Everything required for the launch and scaling of an app is performed without customer interference. FaaS apps must be scaled automatically. Simply put (we don’t want to bombard you with a bunch of unclear information), serverless doesn’t mean a physical absence of servers — it means the absence of pains related to infrastructure management and maintenance. To be more accurate, a serverless structure means server-management-less.

The conception of serverless programming is explained, we hope. And it is the right time to proceed to the detailed description of the strong sides of this architecture. We will explain why you should think about the development of serverless apps.

Besides, the development time is also reduced, so you pay less. And your product is deployed and released faster. You get more benefits than you thought.

We want to single out the robust capabilities of AWS cloud provider that is considered one of the most significant cloud services providers. Developers at Cadabra Studio often apply AWS services in the developed software.

Amazon Web Services offers developers useful functions like AWS Lambda (a service that runs a code in response to a specific request), Amazon API Gateway (a manageable service for developers that ensures proper functionality of APIs), Amazon DynamoDB (a scalable database), and many others.

If your project needs first-rate AWS developers, our company is always ready to provide you them. Do you want to know more about this kind of specialist? Then you need to read the article about an AWS developer.

When Is Serverless Development A Right Option (And When Not)?

Like any other technology, there should be expediency of using serverless development for web services or mobile apps. That is why we should explain to you when you can pay for serverless architecture and when it is better to let developers use a traditional approach.

Serverless computing is a good option when you plan to build a light and flexible product that can be updated quickly. Apps with inconsistent usage fit serverless architecture better, and development costs will be much lower (compared to methods when developers manage server-side functions by themselves). Such apps don’t require a purchase of server(s) since it will be an unnecessary and wasteful expense.

In turn, large applications with a predictable workload and complicated functionality won’t deal efficiently with a serverless architecture. In this case, it will be preferable for developers to use dedicated servers they can manage independently. And it is about cost-efficiency again. Serverless technology is event-driven — the function runs when a specific event triggers it, and you only pay for the launched function. Large apps have a lot of functions, and you will need to pay much more. Simple math.

Should your first app be full of features, or is an MVP enough for a start? Don’t rack your brain — contact Cadabra Studio to get a professional consultation.

What About Shortcomings Of Serverless Architecture?

Unfortunately, even when you decided to apply serverless architecture in your software, it still has some drawbacks. We will shed light on them to provide you with a comprehensive picture.

Are there any famous apps that use serverless technology? Of course, there are many of them. We won’t make a long list but focus on a few of the most interesting ones.

Amazon Polly is an AI-based service belonging to Amazon that converts text into spoken audio. It uses the CloudFormation serverless function to enable the fluent TTS process (text-to-speech). Amazon Polly is used as a third-party service for its integration with other apps. The main particularity of AP is the imitation of the style of speech pitching, so the spoken audio sounds very realistic.

You might be surprised, but a VoD (video-on-demand) giant like Netflix also uses serverless functions partially. Yes, we explained that large apps shouldn’t use serverless architecture, but they can partially use it in some specific software parts.

Thus, Netflix uses AWS Lambda for splitting the video uploaded by publishers; it accelerates the encoding process. Also, Lambda is used for the backup system — it verifies whether the backup process was successful or not.

Slack is a corporate messenger used by IT companies mostly for internal messaging, and it contains additional tools for fruitful mutual teamwork. Integrated bots are one of them. Slack has a serverless bot called marbot, and its goal to send notifications from AWS to the DevOps team. DevOps engineers are specialists that are responsible for seamless and synchronous interaction between all parts of the software.

In case you already determined that FaaS apps are what you need, we bet that you will ask the question you see in the section title, a hundred to one. Therefore, we are going to answer it.

Serverless apps have obvious security advantages over traditional software. For example, vulnerable OS (operating system) dependencies — a threat when infection on one server spreads on all other servers. In serverless apps, this threat becomes non-dangerous.

DoS attack (Denial of Service) is a widespread threat when one computer sends multiple heavy requests, which leads to the server takedown. When an app is serverless, it auto-scales, and it is impossible to organize a DoS attack.

Besides, serverless is a kind of stateless. It means that attackers need to repeat their attacks in shorter time intervals, they will be detected faster, and their cruel intentions will fail.

However, carelessness may be fatal. Don’t forget that your app exists, it is not stateless, and all information must be adequately protected. Developers must encrypt all sensitive data, cover your app with digital armor, and consider serverless development privacy. Such threats like SQL injections, XSS attacks, etc., still may be harmful.

That is the reason for cooperating with professionals who know how to implement your serverless app and how it should be protected wisely. Cadabra Studio creates different software types for more than five years, and we have enough experience in this field of activity.

Contact us if you need software (no matter what kind and how complex it is), and we guarantee that your product will be outstanding. We value our reputation. 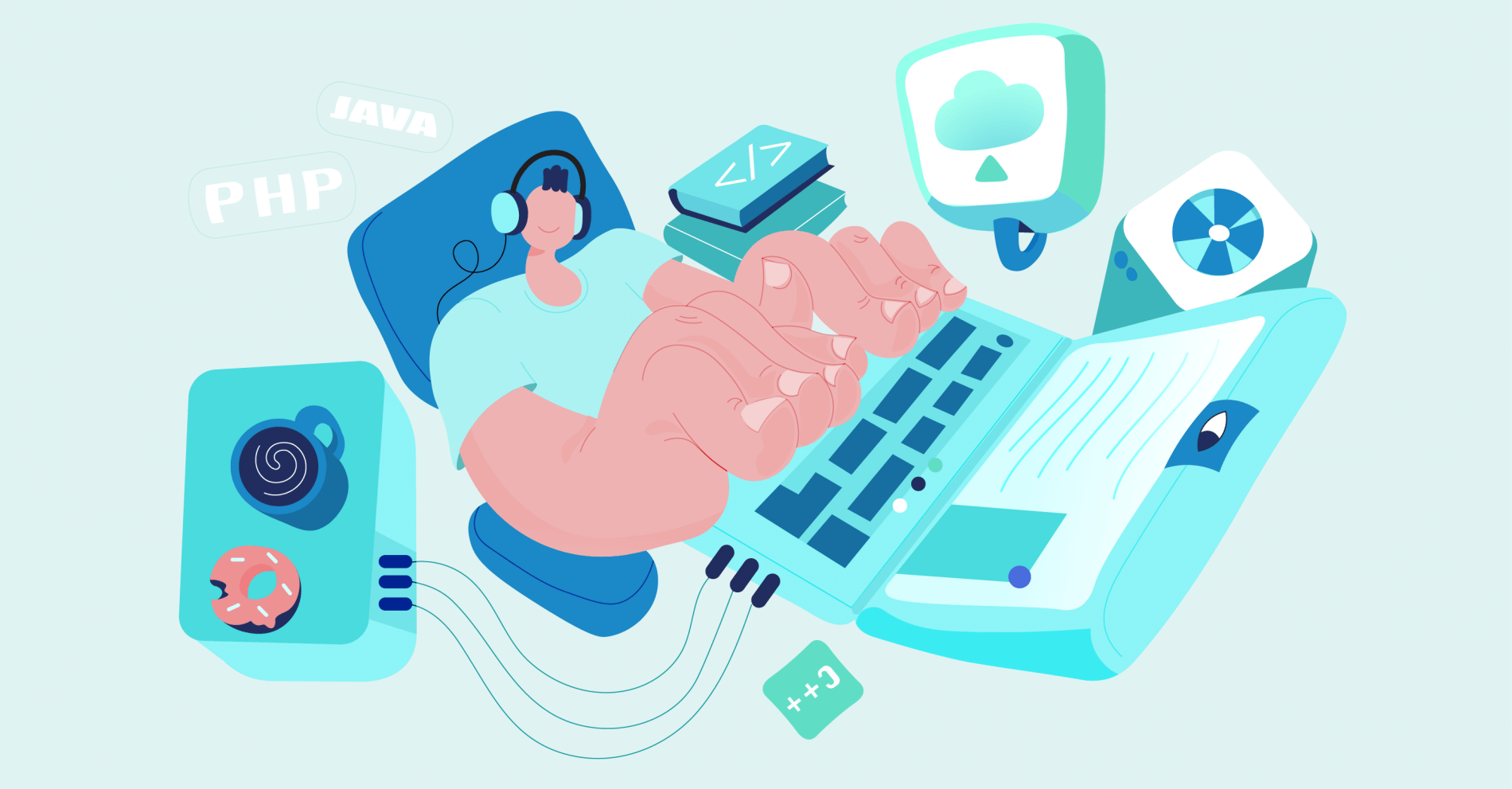 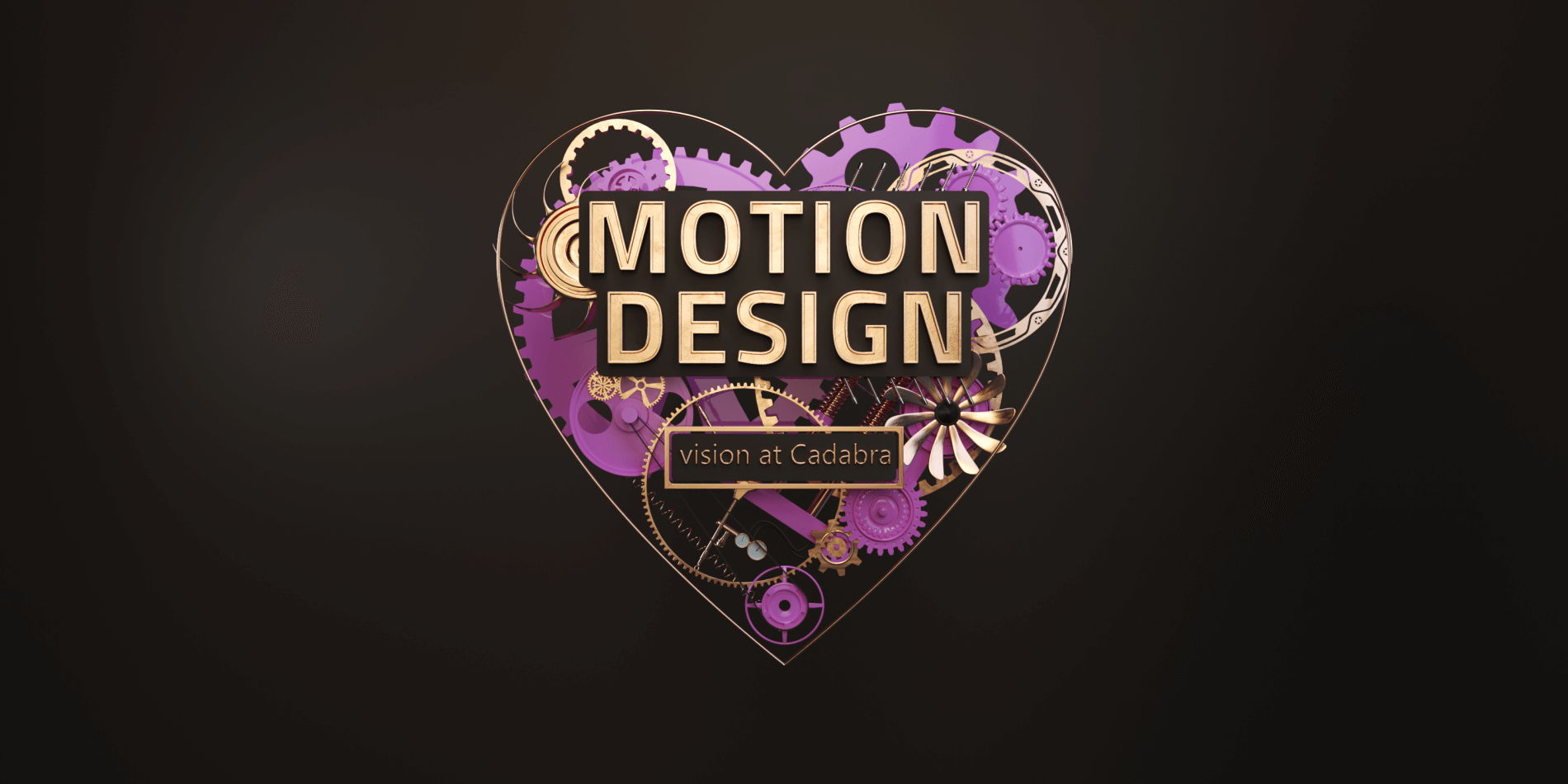 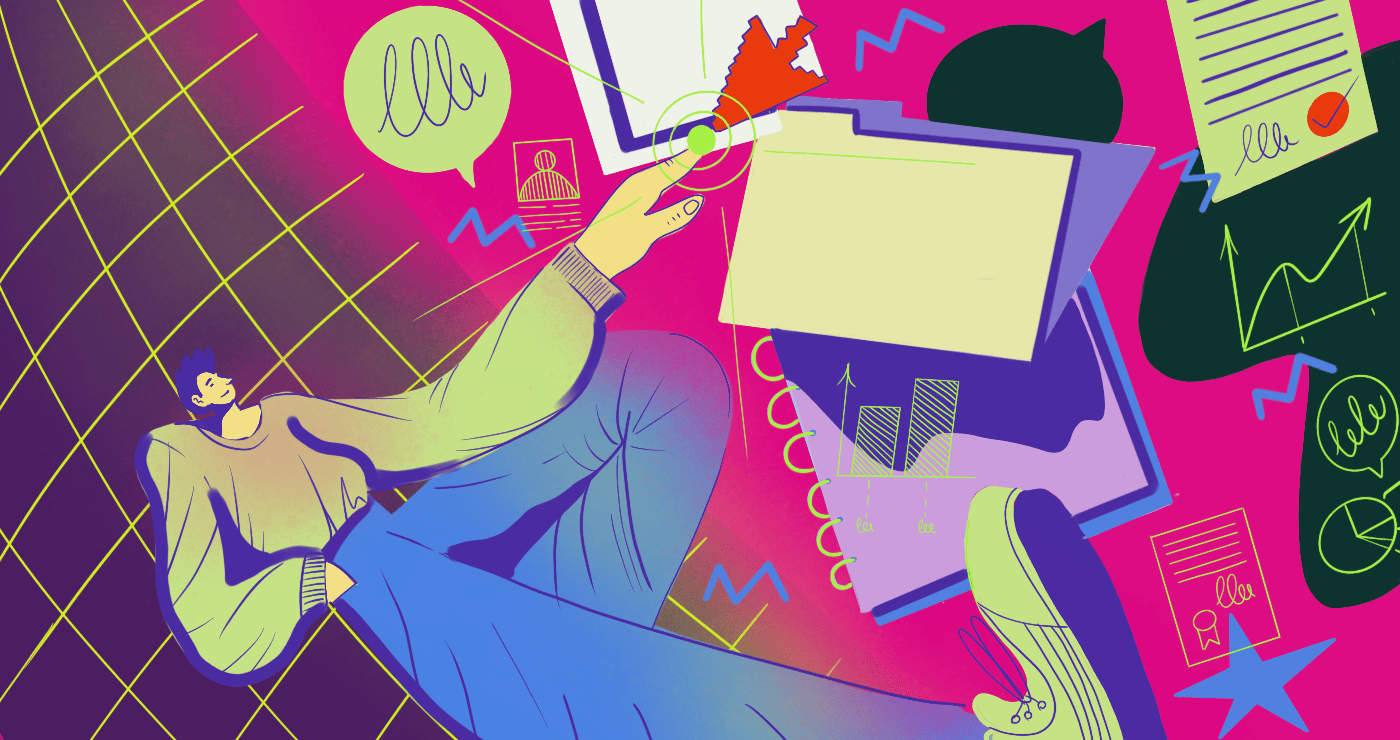 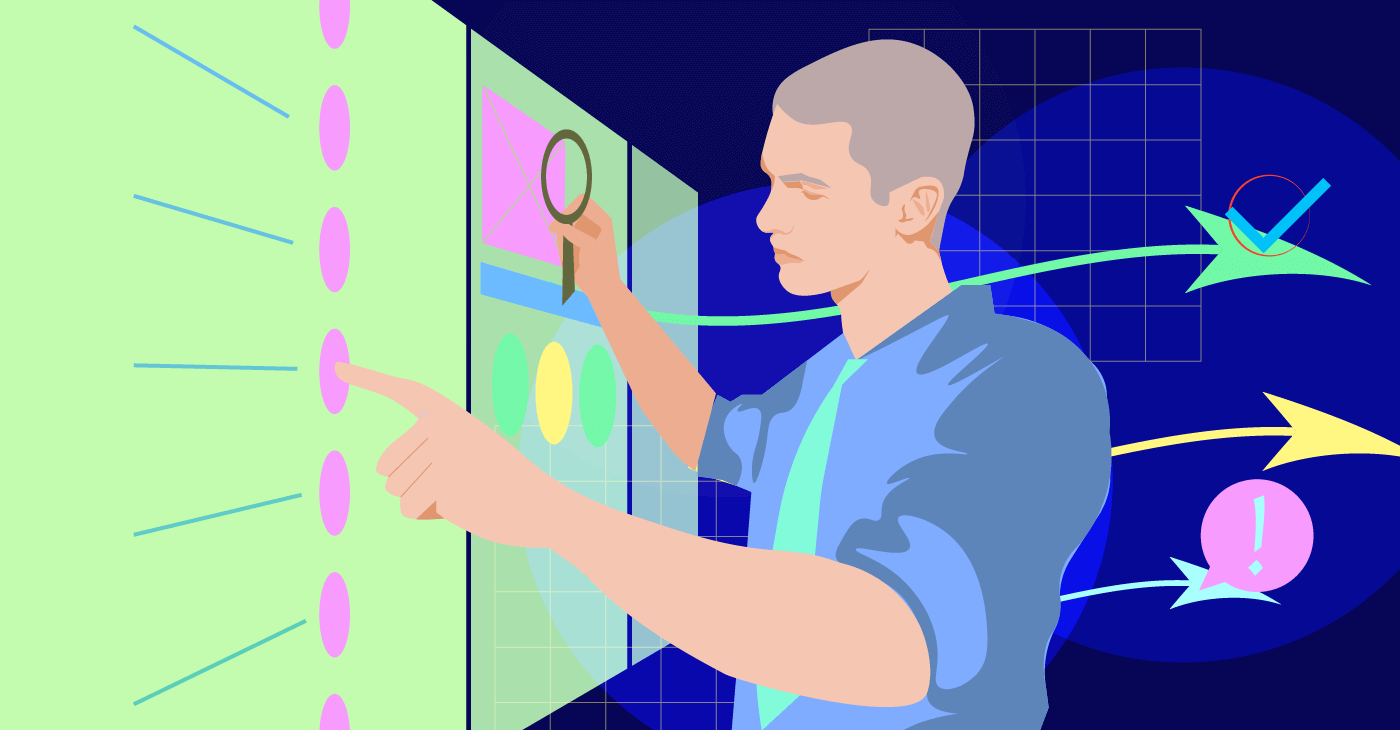