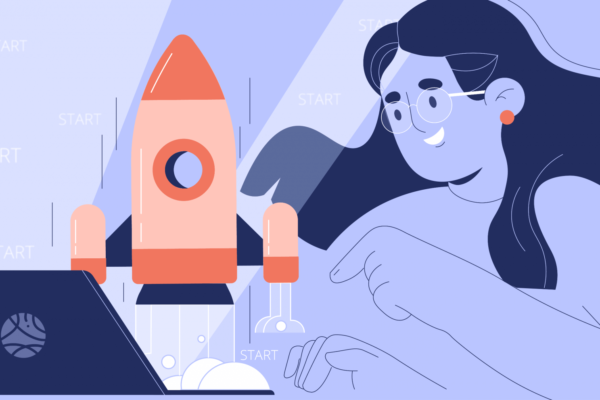 In reality, skills of organizing the working process and scaling the system can either save your project and make it successful or ruin it even before it is launched.

After all, how to distinguish a successful startup from a failure?

The attribute of a good startup is understanding that the product building is a complicated process that must be divided into some stages. Each stage result must be tested on the potential users and thoroughly analyzed. Quick decision making and the willingness to abruptly change direction in case of failure – they are the distinguishing features.

From 5 to 10 project development stages are usually defined, some of them are done one by one, some are done simultaneously. Generally, the development process looks like that:

Let’s take a look at the startup development stages:

1. Forming an idea in written form

When a person expresses the idea on paper, thoughts become more structured, blind spots or issues worth considering are immediately seen.

While working on an idea, it seems that the product is absolutely unique and has no analogs – you may be surprised to find dozens of similar products in the App Store or Google Play.

If similar applications already exist on the market is it really necessary to leave the idea and search for something truly unique? We believe it is still worth continuing but only if you can answer the following 4 questions:

At the stage of creation of the application documentation, low fidelity prototypes are drawn, according to which User Stories are compiled. The architecture of the application itself is worked out, a suitable Technology Stack is selected, the project phases are described, as well as the potential risks that the team may face during the product development process.

Then, the product development itself starts. There is a flow of development, from the design through coding to release: