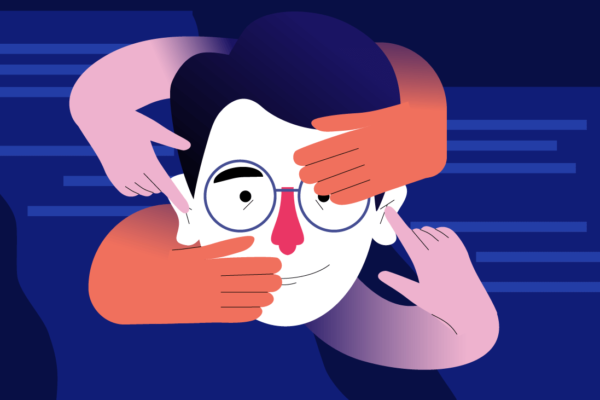 Non-Disclosure Agreement For App Development: Why, When, Key Clauses

Software development is the process many people are involved in. And if you don’t want the information about your software to be revealed to third parties, you need to keep it confidential. An NDA for app development is the right thing to ensure your app idea will be safe.

But what is an NDA? When do you need it? And when is there no sense to sign it? What should it contain? How to make it on your own? You will find out about a non-disclosure agreement for the business idea, template, and other crucial info in our article (and answers to questions above).

What Is an NDA?

An NDA, or non-disclosure agreement, is an agreement between two parties. An NDA can be of two types. The first one is a unilateral agreement when one party (company, for example) hands over the information, and the other party (employee) receives this information.

The second type is a mutual agreement. Mutual agreements are similar to unilateral ones, but here both parties will provide confidential information. This type is widespread in the software development industry, or when two companies create one consortium.

Our article is dedicated to the NDA concluded between a software development company and a client. As for Cadabra Studio regulations, we sign a unilateral agreement where we are obliged not to disclose confidential information that we received for the project development. We will share with you more detailed information on the NDA template and the critical clauses below.

When And Why Do You Need To Use An NDA For The App Idea?

The first question each client wants to know is what kind of a non-disclosure agreement for app development should be signed. The second one is at what stage. As a rule, Cadabra Studio signs an NDA upon the client’s demand. It happens ordinarily at the very beginning when the client wants to share the information about the project.

However, some customers may give general info about their project, and then proceed to NDA signing when the development is about to start.

Okay, why is it necessary to sign an NDA? There are a few strong reasons why you should do it.

For example, you need to share some vital information that is related to your business processes — some progressive methods, marketing strategies, working schemes, etc. This information is not for disclosure to the public. So an NDA helps you protect your trade information.

Apart from business secrets, developers will likely get access to passwords, configurations, customer database, and other data that must be protected. A non-disclosure agreement for an app idea will be the right step to start with.

If you plan to work with freelance developers, an NDA will be your safety bag since there are cases when freelancers disappear in the middle of the development process. The NDA is a guarantee that the process will be completed.

As for the cooperation with development companies, they are also interested in keeping a strong reputation, so they are always ready to conclude an agreement.

Any information leakage can harm your business and lead to financial losses. An NDA covers such issues, and it will prevent your business from financial damages. However, reliable companies will do their best to protect the client’s information.

Besides, don’t forget about governmental rules and regulations like GDPR or CCPA if the application is built for the EU and the USA. The contractor must comply with the rules mentioned above, which implies the protection of personal data.

It is worth mentioning that there is no uniform standard of non-disclosure agreements. Each company creates its NDA according to their requirements and particularities. So we will list general key clauses of an NDA.

#1. Confidential information. Here we describe what sensitive data means, what it includes, and what doesn’t.

#2. Parties. It is necessary to define the Disclosing and Receiving parties, and give them specific names that will be indicated hereinafter in the agreement (e.g., a Discloser and a Recipient).

#3. Time frame. How long should an NDA last? This is a question that is agreed on an individual basis. Usually, a non-disclosure agreement for app development stipulates that a period of 3-5 years is a standard term. But it depends on your personal requirements, for sure.

#4. Obligations upon termination/expiration. Once an NDA is terminated or expired, Recipients must promptly return all materials related to the Discloser project if they demand it.

#5. Obligations not to disclose. This clause directly stipulates that the Recipient agrees not to copy or disclose the information by any means, only if it is reasonably necessary for the project’s development.

#6.  Written consent for disclosure. This clause stipulates that the Discloser grants no license to the Recipient to use or copy any business information. If there is a necessity to share confidential information, written consent must be performed between two parties.

#7. Obligations not to hand over data. The Recipient cannot export any source technical data received from the Discloser to third parties.

#8. Liabilities for disclosure. A penalty clause where parties indicate a certain amount for the data breach. The amount may depend on the damage caused by the non-fulfillment of the agreement’s regulations.

#9. Legal issues settlement. All arising disputes may be settled amicably. Or disputes will be settled by the court of a specific country if this country’s laws govern the Agreement.

An NDA Template For App Development

Feel free to get acquainted with the example of a non-disclosure agreement template or download it in PDF format following this link.

The confidential information always remains confidential. The Cadabra Studio team values its reputation, as we are a client-oriented company. Reach us to build your project!

How To Make A Non-Disclosure Agreement

If you are intended to provide your NDA, you should know how to draw it up. It is not a complicated process, but a few mandatory steps will help you not miss something important.

Determine The Need For A Non-Disclosure Agreement

First, identify the confidential information that should be protected. List all trade secrets and other business processes you want to keep confidential. Then, decide what information you can share. It means that some secret information is unnecessary for a Receiving party so that they won’t know about it.

Also, don’t reveal the information until an NDA is signed. You can occasionally share the confidential data, and the NDA will not cover its usage by third parties.

Indicate your document’s title and describe what confidential information is, what it includes, and what it doesn’t cover. You need to explain to third parties what you mean under the “confidential data” conception. Then, indicate obligations of the Receiving party (and the Disclosing party, if it is a mutual agreement), what they must comply with.

State The Time Frame For An NDA

Your NDA must clearly stipulate the start and end date of this agreement and how long the period for NDA validity will last. Moreover, mind indicating separately the period for confidentiality. Even after the termination of the project, some nuances cannot be disclosed within the stated period.

If the Receiving party violates your NDA rules, all legal disputes should be resolved according to the established procedure. Indicate the laws your NDA is governed by, and where (country) all disputes must be settled legally. Also, add the remedy for the data breach.

How Much Does A Non-Disclosure Agreement Cost?

At Cadabra Studio, the NDA signing process costs nothing. We discuss all clauses with you, first. Then, if you are satisfied with everything, you don’t have any doubts or questions, we sign an NDA. No investments are needed to sign a non-disclosure agreement for the app idea.

You don’t need to visit our office to sign an NDA. We sign our copy and send it to you by email. You sign it as well and send it back to us. Once it is mutually signed, the agreement enters into force.

Do You Need A Lawyer For An NDA?

You are not legally obliged to hire a lawyer for NDA signing. But if you consider it necessary, you can hire a lawyer or use a personal lawyer’s services. Then, of course, NDA signing will require certain investments.

It is necessary to state that there are cases when you don’t need to sign an NDA since it has no sense. However, let’s spell everything out.

The app idea is not unique. If you plan to create a Uber-like app, or an app similar to Instagram, there is no need to sign an NDA. Your idea won’t be stolen because it is already used successfully. Besides, when you have an idea, you should be confident that similar apps aren’t being created currently. However, the NDA is still topical if you want to consider some additional requirements or obligations, so each case is individual.

Ideas cost nothing — execution rules. Even the most excellent idea for your new app cannot bring you a lot of money. You need to work hard and elaborate on a perfect marketing plan to make the app prosper and gain a profit. That is why you need to focus on app idea pitching and promotion strategy building rather than spending time on idea protection. Proper execution is what you really need.

Finally, a dependable software development company always values its reputation. And it is even more interested in keeping your information secret than their clients are.

However, respect is not an empty promise for Cadabra Studio, and we always meet our clients halfway. We sign a non-disclosure agreement upon the first demand to ensure confidentiality and security. We want clients to trust us, and long-term cooperation is what we strive for. Hire us, and let’s turn your idea into a real project together!