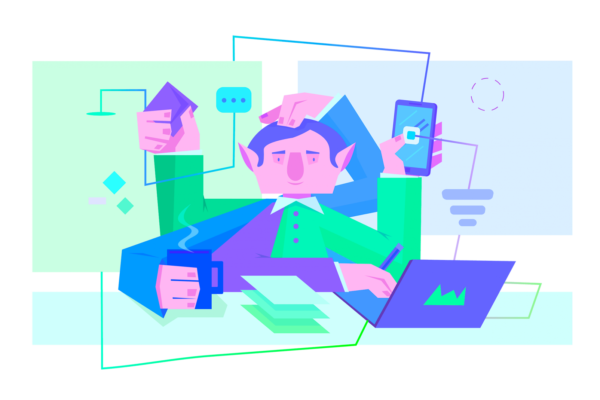 How to Make an App and Make Money out of It

Let’s determine what you need to create a good mobile application and then figure out how to make money on your app.

Before creating the app, you should sit down and think about every detail of your future project and think of ways how you will be earning on your app. The first step is to write down all your ideas regarding the application, clearly highlight its characteristics and the goals.

Think of competitors’ apps or just apps that look nice and interesting to you, try to understand what makes them attractive. Explore the offer and demand of the market you will distribute your app on.

Define the platform for your future application. The most popular platforms for mobile devices today are Android and iOS. The chosen platform strongly influences app success. It is very important to understand which platform dominates in the sphere of your interests, which platform your potential clients use.

Also, the average bill and purchasing power of users varies for different OSs, which is also worth considering. New apps are often released on both platforms (Android and iOS) to maximize the number of users.

As a result, all of your ideas regarding the application must be transferred to the developers and designers who will take care of the implementation of your ideas.

Now it’s time to understand how you can make money with your app.

Advertising inside the application

The most popular method of monetization within apps is advertising. What is it? A special space is allocated in the interface for ads to appear as soon as someone wants to collaborate with your app.

For each click on such advertising, the application owner receives a fee from advertisers. Also, the application can show in-app video ads, after viewing which the user can get some kind of bonus.

In such a case, the answer to the question “How much money can I make from ads on my app?” depends only on the number of ads and how you will arrange them inside the application.

The way how to put ads in the Android app depends on the type of advertisements you would like to perform:

A lot of popular developers promote other companies via sponsorship. In essence, sponsorship is the release of a product on behalf of another publisher.

A large company gets a good product that can provide it with more income and reputation.

There are two types of sponsorship:

The sponsorship is good because it can help to expand the audience and promote the application among the clients of the sponsor’s company.

In-app purchases allow you to sell various things inside the application: additional content, premium filtres for a photo app, game currency for the game industry, unlocked levels or other bonuses.

Almost half of the revenue from the application comes from purchases within this product. It’s another answer to the question “How can I make money from my app?”.

These purchases can be divided into three types:

A purchase can only be used once. After one use, this paid function will no longer be available to the user until a new purchase of this feature.

The user can forever use the purchasing function.

The user buys a certain function for a limited period of time. For instance, it can be a newsletter of a newspaper or a magazine.

Plus, it may include the purchase of an ad-blocking service for a certain period (YouTube Premium is a good example). Monetizing in this way is difficult — you need to create high-quality content that will encourage users to make purchases again and again.

Obviously, it’s easy to make money on a paid application — the user pays a certain fee to use it. But users must clearly understand what exactly they are buying.

Sometimes it’s easier to make money from free apps just selling in-app purchases or making advertising inside the product than to make money on paid apps.

Of course, there is a way to escape such an issue. There can be added a trial period, which allows using the application for a certain period for free so that later the users can decide whether to buy this product or not.

Affiliate marketing is the process of making money by promoting the products of other companies.

There are a few main types of Affiliate marketing:

CPA provides that the advertiser pays for a specific acquisition (any action that can be performed within the app: click, fill out the form, etc.)

CPM denotes the price of 1,000 advertisement impressions. By the way, advertising on Android often costs less than on iOS.

CPC makes an advertiser pay money every time the ad is clicked.

CPS model provides that the advertiser pays money only when the product is purchased.

In the case of CPV use, the advertiser pays every time a video advertisement of the application is viewed.

CPI means that a fee is charged for each installation of the application that is made due to advertising.

There are also alternative monetization strategies (combined strategies). Usually, it is a combination of several types of monetization.

There is a huge range of such combinations, but the most popular mixed strategies for making money with an app are the following:

A simple version of the application can be available to all users, and additional functions can be bought. The most popular scenario is adding some ads to the basic version of the product, and removing them from the paid version.

This is a paid application download with the subsequent purchase of additional features, if necessary. Typically, in such an application, developers introduce paid updates or subscriptions that significantly expand the functionality.

After all methods of monetizing the application are found and resolved, consider the development and release phases.

App promotion methods are divided into free and paid

It is obvious that without promotion, your app may not generate revenue and go unnoticed. Therefore, the promotion of the application is an important point, which is worth the effort.

If we talk about cost-neutral methods, we can highlight the following points:

Think over the design of the icon that users will see on the Google Play or the App Store — it attracts the users and distinguishes your app among others. Besides, you must make sure that the video ads of your application, the screens of the app, and any other type of content is at the highest level.

Sometimes it happens that one design studio creates a design, and then the other company works on the development according to the notes of the designers. It is sensible to hire a single company or development team to work on the entire project. It will secure you from the misunderstanding between designers and developers;

Have interaction with your audience.

Respond to complaints and user reviews, constantly work on errors in the application and regularly release updates. Encourage people to use the app and leave positive feedback on it. Encouragement can occur through the provision of pleasant bonuses for those who have performed the required action.

Include promotion on your own sites.

If you have a website, share information about the application on it. You can write about the history and idea of this app or introduce the company. Thus, customers will feel involved in the company’s product and its creation and will use the app with greater interest.

Be a frequent visitor of blogs and question-and-answer websites like Quora or Reddit. Take part in discussions, and recommend your project there, sharing information about your app.

Paid methods are the following:

Google Adword is a good way to promote your product. The advertisement for your application is shown only to those customers who are looking for apps similar to yours in Google Search or Google Apps. In Google Adword you pay for the result, for example, when someone clicks on an ad.

You can also buy advertising on social networks or display advertising. Here you can also engage in content marketing — find the platform where your target audience is and promote your application there. You can build a general presence on the social networks by publishing useful information about why the users need your product and what problems it solves.

Motivated installations are ordered installations of your application by other users to promote the app in the store. It helps you to promote the app and, as a result, make money on the app store because the amount of downloads depends on the position of the app in the store — the higher your application is on the list, the more downloads you get.

In the search installations, you pay some person for entering the phrase you need in the search, scroll to the place where your app is in the search results, and install it. The Apple or Google algorithm will see that your application is relevant to this search query and bring the app higher in the search query.

The point of App Affiliate Marketing is that you pay to apps with a similar audience to yours and they advise your app to their clients. This method is good enough if you find the right applications to promote your project. It is important to understand your target audience and find those applications whose users may be interested in your application.

ASO is the process of optimizing mobile apps to increase their ranking in the app store. These are all measures that you take to ensure that your application is shown in search results. ASO includes the selection and optimization of keywords, title and descriptions and the visual design of the application.

ASO has recently been overlooked somewhat with the rise in machine learning and artificial intelligence, the progress of the Google index, primarily for mobile devices, and other notable industry changes that worth the attention of every marketer. ASO is known by several names, including App Store Marketing and SEO for mobile applications.

Also, recently Apple Store introduced an opportunity to buy ads and place it over the first search result. The store will recommend your application to the users if the search keyword matches.

There can be many ways to make money on the application. Each application has a lot of ways to generate income. But after all, it is important to understand that all promotion methods will work only if the application is truly useful, well-developed, its design is qualitatively executed and pleasant for users.